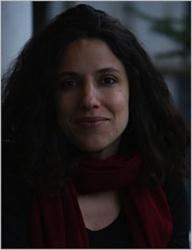 Miriam Greenberg is Professor of Sociology at the University of California Santa Cruz. She holds a PhD in Sociology from the City University of New York Graduate Center, and is the author of Branding New York:  How a City in Crisis was Sold to the World (Routledge, 2008); Crisis Cities: Disaster and Redevelopment in New York and New Orleans (Oxford, 2014), co-authored with Kevin Fox Gotham; and The City is the Factory: New Solidarities and Spatial Tactics in an Urban Age, co-edited with Penny Lewis (Cornell, 2017).  She has also undertaken engaged, public-facing research projects exploring urban and environmental justice issues in California, including the Critical Sustainabilities project, which can be found at: https://critical-sustainabilities.ucsc.edu/, and (with Steve McKay) the project No Place Like Home, on the experience of the affordable housing crisis in Santa Cruz County, which can be found at: http://noplacelikehomeucsc.org/.